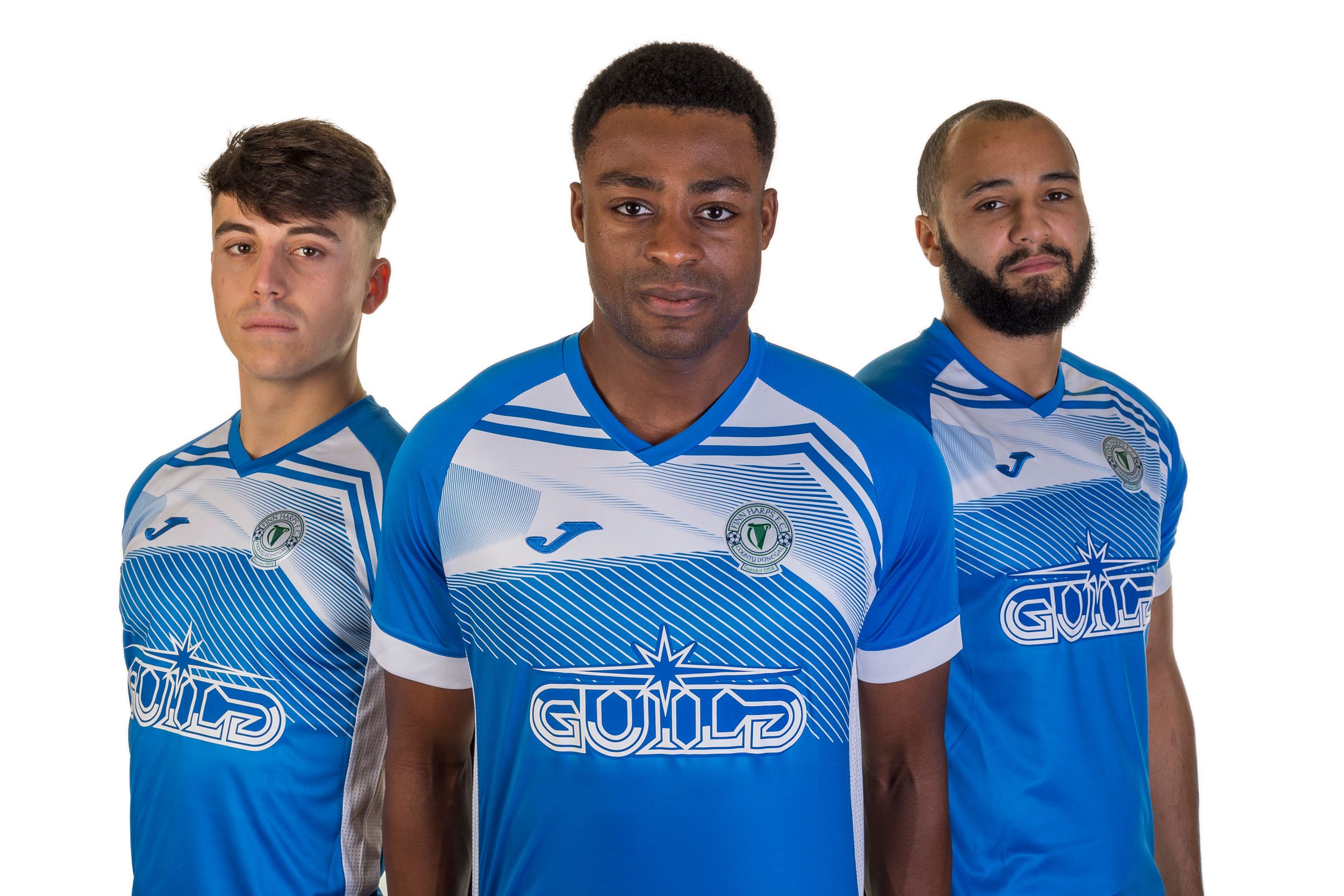 The partnership will see Guild branding on both Harps’ first and second team jerseys and on FIFA ‘22, alongside a series of fan-led activations featuring Harps players and club staff with Guild athletes.

UK based Guild Esports, who are co-owned by David Beckham, enter professional players in major gaming competitions and received worldwide attention when they created a pioneering Esports academy and launched a distinctive lifestyle brand.

Harps will work with Guild Esports to increase Guild’s audience base in Ireland, and to encourage Irish gaming talent to join Guild’s world-class academy, helping them become Esports stars of tomorrow.

Guild will also see a presence around Finn Park featuring prominently across matchday programmes, advertising hoardings and the club’s official digital and social media channels throughout the partnership which has the option of a further year to follow.

“We would like to welcome everyone from Guild into the Finn Harps family.

This partnership offers some genuinely exciting possibilities for Finn Harps and it began when we learned we had attracted a cult following on Guilds FIFA show. This led to a series of meetings between our media/marketing team and Guild about the possibilities of working together on projects that could harness the huge crossover between live football and the Irish esports community.

The team at Guild impressed us from day one with their mission and drive to offer something new to esports, so we are really looking forward to working with them to develop the many exciting ideas we have planned.

We’ve had alternative offers for shirt sponsorship, but we felt this represented an unprecedented opportunity to create initiatives that will engage a younger audience with the League of Ireland”.

We’re immensely proud of this unique partnership, and the opportunities it will offer for both Guild and Harps to create impact in Ireland’s growing Esports scene. We were drawn to Finn Harps because they are a fan owned club with a distinct identity, who seem to continually defy the odds. Harps are everyone’s second favourite team on FIFA, and we want to use this partnership to expand that reputation even further, and to position Guild as everyone’s favourite Esports team!”

Guild Esports PLC is a global fan-focused team organisation and lifestyle brand that fields professional players in gaming competitions under the Guild banner. Our training academy aims to attract and nurture the best Esports talent, and our goal is to provide the ultimate entertainment experience alongside a distinctive lifestyle brand authentic to the esports community worldwide. Guild is led by an experienced management team of Esports veterans and co-owned by David Beckham. The Company is headquartered in the UK and its shares are listed on the main market of the London Stock Exchange (ticker: GILD).