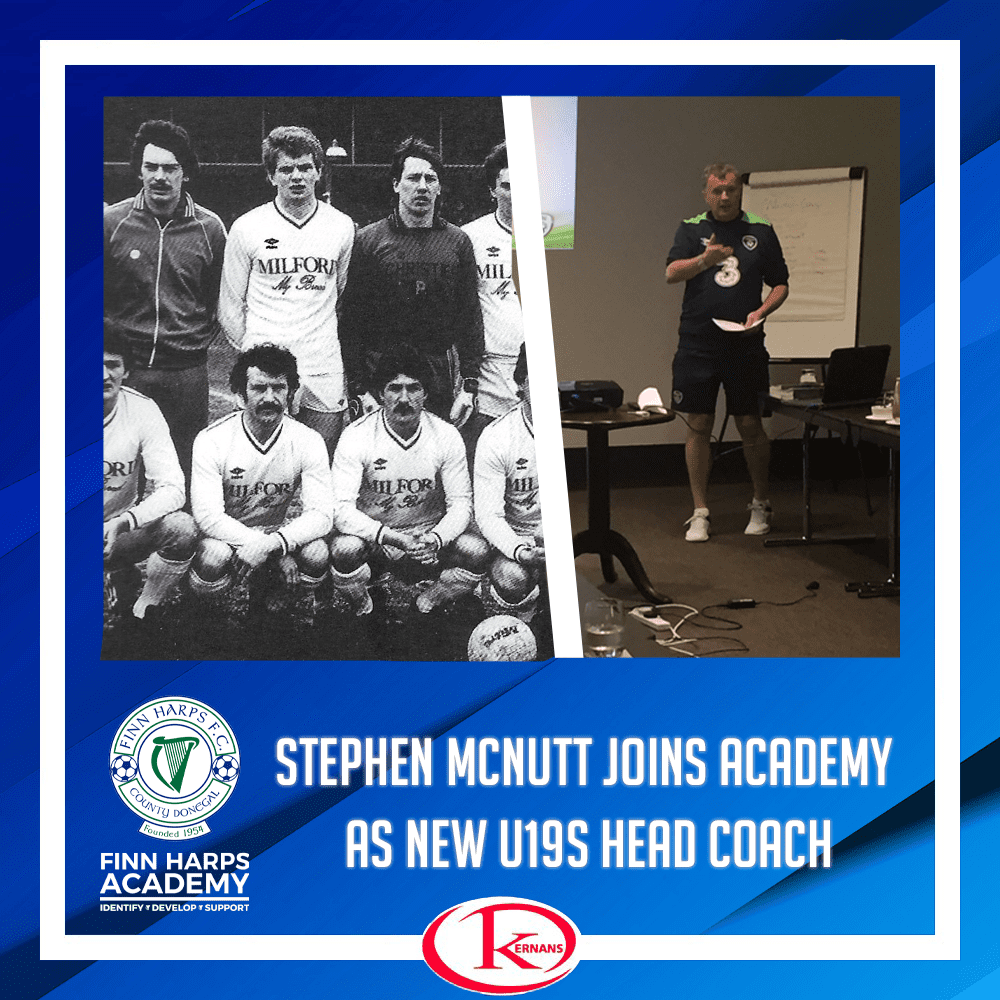 Finn Harps Academy is delighted to announce Stephen McNutt as the new U19s Head Coach. Stephen was most recently managing the Inishowen Premier Division side Buncrana Hearts and has worked as the head of the FAI’s Emerging Talent Programme in Donegal.

Bringing a wealth of knowledge in underage and senior management, Stephen holds a UEFA Pro licence holder, having gained his qualification in 2018.

McNutt will be a familiar face to Finn Harps, having played for the club for three seasons under Patsy McGowan from 1984 to 1987. He fills the vacancy left by Tommy Canning who recently took on the manager role at Dergview FC.

Kevin McHugh, Head of Academy, said: “I’m delighted to get someone of Stephen’s experience into our setup. He is a great football man, first and foremost and has been involved in coaching for as long as I can remember, bringing a lot of experience to the academy. He’s keen to meet the players and the staff and sit down with Tommy to pick his brains on the work to date.”