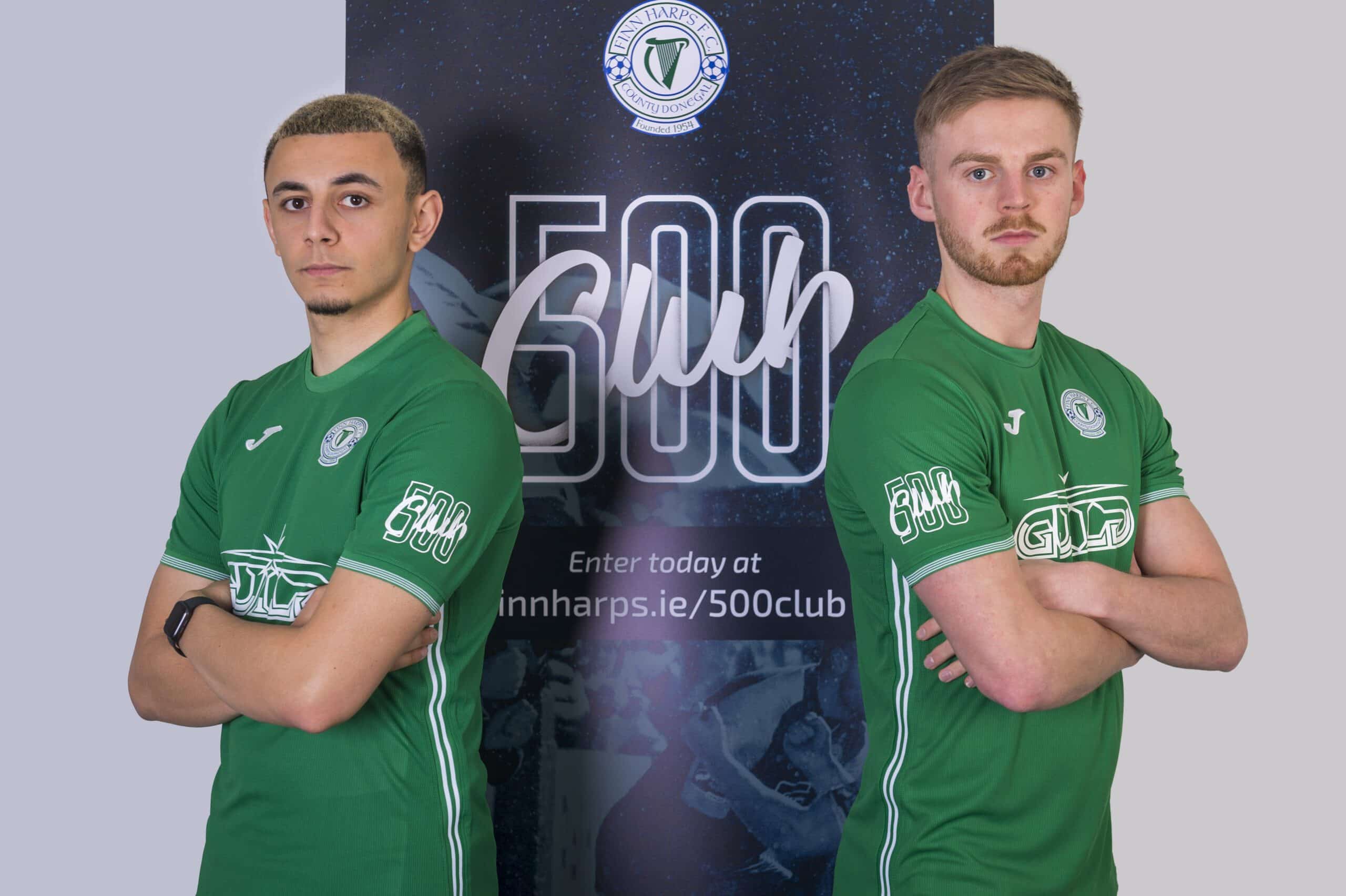 Finn Harps supporters have shared a cash prize bonanza of over €50,000 in the last two years thanks to the club’s vital “500 Club” fundraiser. Meanwhile the popular weekly members draw has also been crucial to supporting first team manager Ollie Horgan in attracting quality players to keep the club competing at the top tier of Irish Football, with Harps having been in the Premier Division for 6 of the last 7 seasons.

Indeed, Horgan’s charges didn’t need to engage in their almost traditional playoff hostilities in the last two seasons. Many supporters even felt slightly unfortunate that the side didn’t end up with an even higher position in 2021, as a hugely talented squad lit up Finn Park and took some notable scalps before eventually finishing in 8th position in the league. As attendances were gradually restored post COVID the old ground was rocking for some memorable victories, including dispatching old enemies Derry City in the FAI Cup and defeating eventual champions Shamrock Rovers.

And while the close season saw departures of a number of fan-favourites, Ollie and his management team have once again pulled a series of rabbits from their well-worn hat, and excitement is once again building around Navenny Street ahead of the 2022 campaign which kicks off in just over two weeks’ time.

Ollie has made some exciting new signings such as talented forward Yoyo Mahdy, the mercurial Bastien Hery, together will well-travelled defenders Jose Carrillo (Spain) and Erol Erdul Arkan (Dutch born Turkish former U21 International). The club have also retained key players such as Mark Anthony McGinley, captain Dave Webster, Barry McNamee, Ryan Connolly, Ethan Boyle, Ryan Rainey and Mark Timlin and Harps supporters will be hoping the new look side can push on once again in 2022.

And in recognition of the contribution of the members of the 500 Club over the past two seasons the club are proud to announce that the 500 Club will adorn the first team home and away jerseys as a sleeve sponsor.

Heading into the new campaign, manager Ollie Horgan is quick to pay tribute to the support he and his management team have received from 500 Club members for the third preseason in a row – “We’ve had a bit of slog in the off season, and we’re not where we’d want to be yet, but I can’t speak highly enough of the people who back us to the hilt through the 500 Club every year. It makes a huge difference to us, at this time of year especially, to have that bit extra to work with, and when we are in a league of mainly full-time clubs with substantial money behind them, we need every bit we can get. It’s great to see it represented on the jersey and we’ll wear it with huge pride”

Finn Harps 500 Club Coordinator, Trevor Gordon, also paid tribute to the support for the fundraiser over the past two years – “We’re delighted to celebrate having given over €50,000 back to our fans since we relaunched over two years ago, the supporters have backed us heavily through the 500 Club and its great to give €500 of that back in prizes every week. We keep adding as many benefits for these people as we can, and recently got them over 40 tickets for the sold-out Ireland v Portugal game. We just can’t thank or acknowledge them enough and we’re hugely proud to have them represented on the playing kit”.

As well as a weekly draw for €300 and 2 x €100 prizes 500 Club members also have discounted season tickets, an exclusive member’s pin badge, free digital match programmes and options to apply for Rep of Ireland match tickets. Membership costs €25/month and memberships can be taken out online at www.finnharps.ie/500club or email 500club@finnharps.ie for more details.