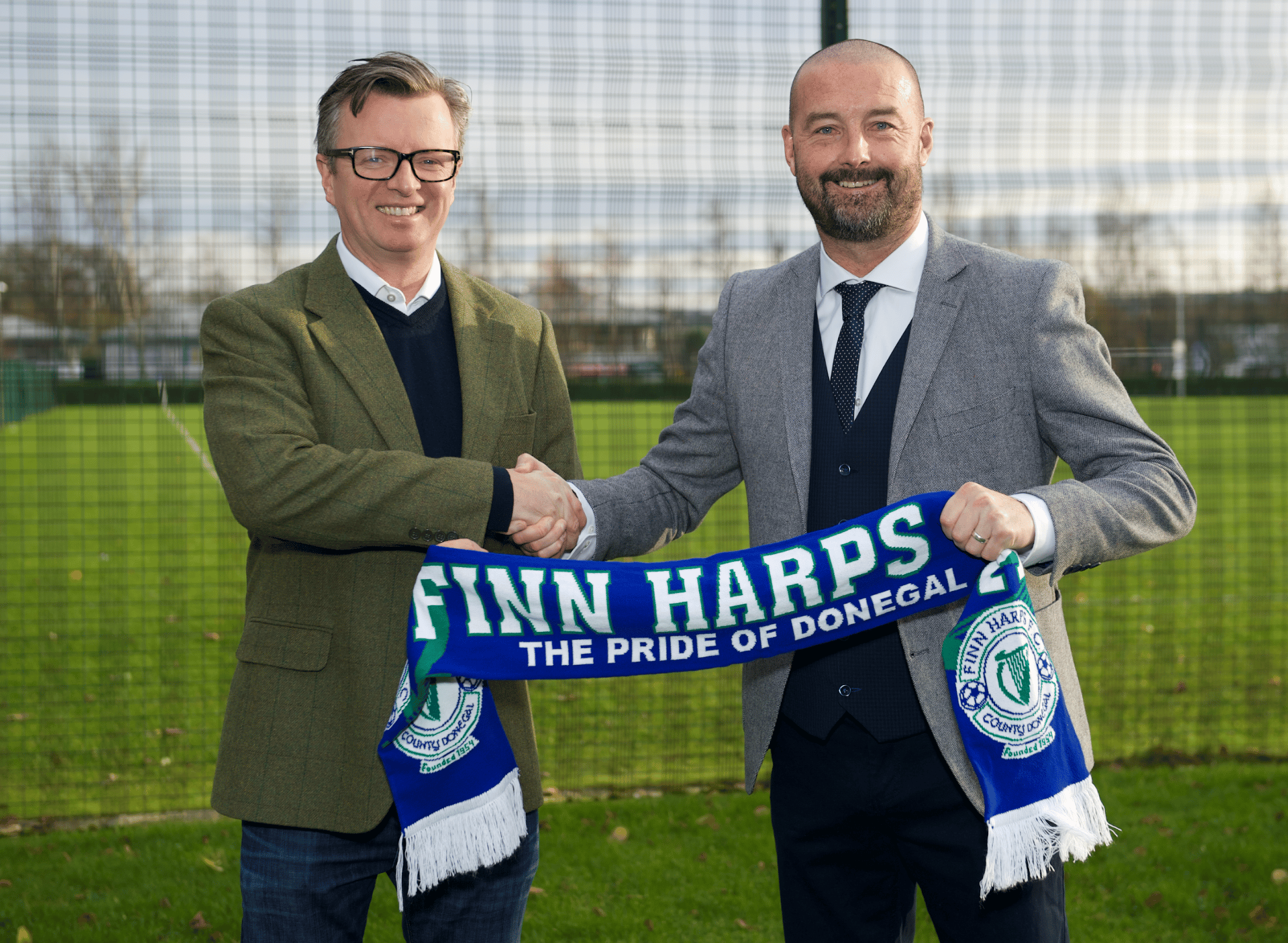 Finn Harps are delighted to announce the appointment of Dave Rogers as First Team Manager.

Rogers joins the club from Premier League club Nottingham Forest, where he was the club’s Under-21 Manager.

Born in Liverpool, Rogers will be no stranger to the League of Ireland having had spells with Drogheda United, St. Patrick’s Athletic, Dundalk, Cork, Sporting Fingal, Limerick, Derry City and most famously Shelbourne where he won the Premier Division on three occasions.

The 47 year old’s coaching journey has taken him across the world, working with the Liverpool FC International Academy in America, South Korea and India. He has also managed in India with DSK Shivajians FC, and more recently in America with FC Arizona.

Rogers told FinnHarps.ie: “I’m delighted and excited to be appointed as the new Manager of Finn Harps FC on a full-time contract.

Once the board made initial contact I could sense and feel the passion and pride they have in taking the club forward both on and off the pitch and also to speak and deal with positive and realistic football people was a big factor.

The fact that I’m am signing a long-term contract and basing myself permanently in Donegal shows the ambition and vision and commitment of both myself and the Board of Directors to create a real culture and identity for Finn Harps FC and along with a thriving academy, continuing to implement an array of structures and foundations to enable short term gains and long term stability.

Ballybofey has always been a tough ground to play at and the fans and community have always displayed fantastic energy and support towards the players and staff so I’m proud to be tasked with delivering a brand and style of football that will engage and embrace those traits with enthusiasm and to play on the front foot.

I would also like to take this opportunity to thank Academy Director Gary Brazil, Warren Joyce and Andy Reid , The Players ,Staff and the Fans of Nottingham Forest FC who have taken me as one of there own these past 18 months and gave me an environment and platform to develop and progress as a coach and most of all as a human being, Thank you.”

The club would like to thank all applicants for the managerial vacancy for their time and interest.

Finn Harps Chairman Ian Harkin said: “I’m delighted to have Dave on board. We were aware of his reputation as a coach having completed his Pro licence alongside people close to the club and we identified him as someone we wanted to speak to from the outset.

As a club the opportunity to go with a full time manager was too big an opportunity to miss, Dave has a huge experience in our league and in developing players in 3 different continents. He was a leader on the field and a huge one now off the field. He is a huge advocate for developing our own talent. It’s going to be an exciting journey, personally I can’t wait for the new season to start.”

For sponsorship opportunities ahead of the 2023 season contact commercial@finnharps.