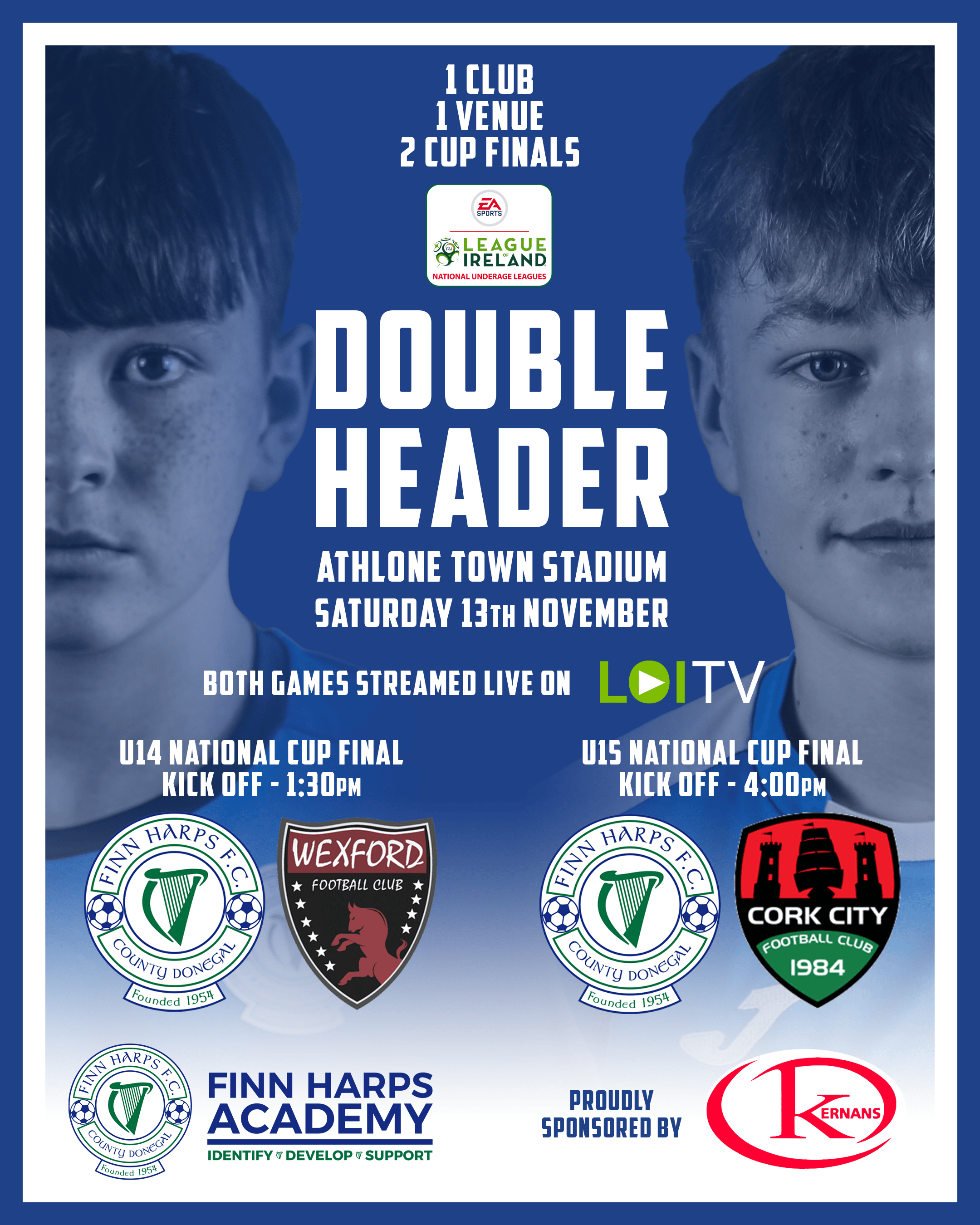 It’s a huge weekend for our Academy this weekend as both our U14s and U15s are in the EA Sports National Underage League of Ireland Cup Final. The double header will take place on Saturday at Athlone Town Stadium and will be streamed live for FREE on LOITV.

Our U14s begin the action on Saturday when they face Wexford FC, kick off 1:30pm. The U14s booked their place in the final after a fantastic 3-2 extra-time win over Cork City in Castlebar last month. The road to final has been a challenging one for the U14s who had to overcome two north-west derbies in the earlier rounds, defeating Derry City 3-2 and then in the quarter finals beating Sligo Rovers 5-0.

Our U15s take to the field immediately afterwards when they play Cork City, kick off 4pm. The U15s produced an excellent display in the semi-final against Shelbourne fighting back from a goal down to win the game 3-1 at Finn Park. The U15s have played well at every stage of the competition, beating Sligo Rovers, Mayo and Treaty United on their way.

Head of Finn Harps Academy, Kevin McHugh, spoke of the academy and its part in the players progression, “Saturday is testament to the hard work the players and coaches have put in all year and the message all week is to go and enjoy working hard and put your best foot forward. We should never lose sight of the Academies role here, we are here to facilitate and develop players for the next level, end of. Finals are fantastic but not the measuring stick we use for success.

With all that said, this big game experience will stand to all these players going forward and this also is a huge part of their development”

James Rodgers, Chairman of the Finn Harps Academy congratulated both teams on getting to the National final on behalf of the board. “It’s a tremendous achievement to get one team there, but to have two there is a testament to the work that’s been done, I’d like to wish both teams and their coaches and mentors the very best of luck. There’s a lot of work, time and effort, resources that’s gone into it.”