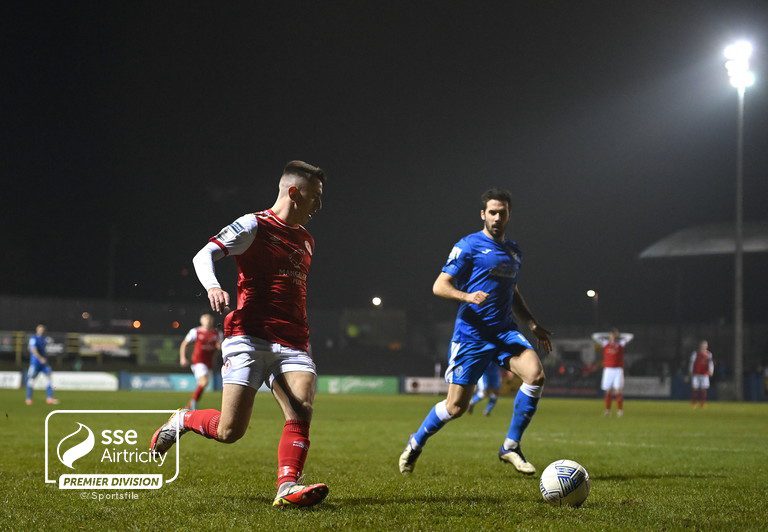 Finn Harps search for their first win of the season goes on after suffering a 2-0 defeat to St Patrick’s Athletic at Finn Park.

Harps put on a strong display, but St Pat’s showed their clinical side to take home all three points.

Ollie Horgan’s side started the game strongest with the Harps midfield controlling the tempo of the game with some impressive by Bastian Hery.

It took until the 30-minute mark for Harps to have their first real chance of the game. Captain David Webster had a cracking shot from outside the area hit the woodwork.

Filip Mihaljevic also had a shot, but it was routinely saved by St Pat’s goalkeeper Joseph Anang which meant the teams went in at the break on level terms.

Harps started the second half strong and nearly had a breakthrough after a defensive mistake was capitalised on by Mihalijevic but Anang was there again to deny the Croatian.

The missed opportunities would come back to haunt Harps in the 65th minute as St Pat’s opened the scoring.

A lovely passing move by St Pat’s led to Ian Bermingham’s shot being saved brilliantly onto the post by Mark Anthony McGinley but the rebound was put in by Jack Scott from two yards out to give the away side the lead.

Harps attempted to push for an equaliser as Mark Timlin and Eric McWoods came on but as the game entered the final 10 minutes, St Pat’s doubled their lead.

Chris Forrester’s free kick was headed home by Eoin Doyle to seal an away day victory for St Pat’s.

Ollie Horgan and his side will look to pick up three points and get their season up and running on Monday as they face Sligo Rovers away from home.