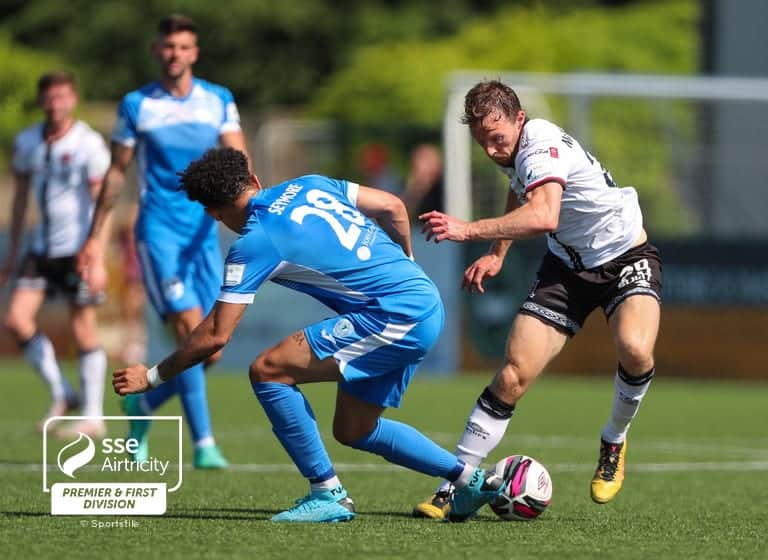 Strong second half by Harps was not enough as Dundalk sealed three points.

Finn Harps enjoyed a 2-1 victory against Dundalk at Oriel Park earlier in the season and Ollie Horgan’s men were hoping for much of the same as they travelled down to Louth to face The Lilywhites.

Dundalk started well in the opening fifteen minutes, David McMillan was the main threat for the home side, hitting the post and creating a few half chances in the first half.

Despite it nearly being thirty degrees, Harps kept a good tempo and did well to pressure Dundalk when the home side had possession.

The Lilywhites pressure eventually paid off on the 32nd minute, Patrick McEleney’s brilliant run carved open Harps, he then laid the ball off for Raivis Jurkovskis who’s strike from close range was stopped brilliantly by Mark Anthony McGinley but unfortunately for Harps David McMillan was there to clean up as he slotted the ball into the empty net.

The intense heat continued as both teams failed to create much between the opening goal and the half time whistle.

Harps came out in the second half much improved and began to look threatening. Adam Foley created a few chances for Harps but a mixture of some good Dundalk defending and goalkeeping meant Ollie Horgan’s men could not find a breakthrough.

Foley unfortunately had to be substituted due to a strain and he was replaced by Tunde Owolabi.

As we neared the final ten minutes McMillan forced a brilliant save from McGinley which denied McMillan his second goal of the game.

A mixture of the heat and play being stopped often due to a water break and substitutions meant Harps could not get into a good flow of play and create many chances as the game finished 1-0.

Harps remain in 8th spot in the league and will be looking to get back to winning ways when they host Bohemians at Finn Park on Friday 30 July.

Before that though, a nice distraction from the league as Harps will travel to Limerick to face Fairview Rangers in the FAI Cup First Round on Sunday 25 July.