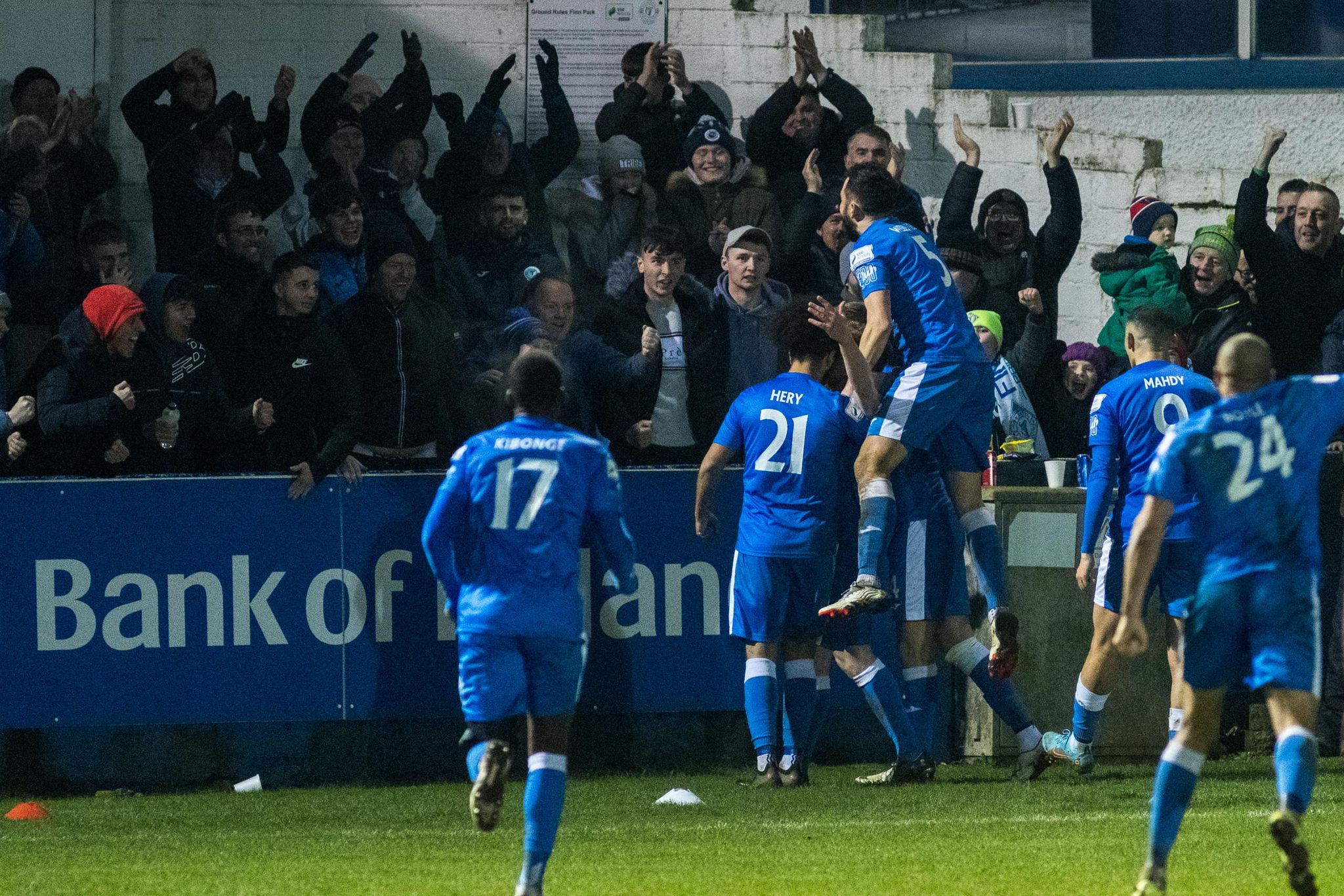 Finn Harps held Bohemians to a 1-1 draw tonight at Finn Park thanks to a goal from Ryan Connolly. Harps finally got to play their first game of the season and a packed Finn Park played their part in helping to support Ollie Horgan’s side.

Bohs’ had the first chance of the game inside the opening 10 minutes, Max Murphy’s long-range effort was brilliantly stopped by Harps goalkeeper Mark Anthony McGinley.

Harps kept tight in defence in the opening 25 minutes of the match as Bohemians had more possession of the ball. McGinley was busy again as he denied a Jordan Flores effort by getting down to his left.

There were not many chances to come by in the first half which turned out to be quite a physical affair. Six yellow cards were handed out in the first 45 minutes by referee Damien MacGraith. The sides went in goalless at half-time.

In the second half the game began to open up slightly more, Yoyo Mahdy had a shot from distance but was easy to deal with for Bohs’ keeper James Talbot.

Despite the promising start to the second half, Harps would be the team to concede first. A low cross by Bohemians was only half cleared by the Harps defence with the ball falling to forward Promise Omochere who brilliantly finished first time to give Keith Long’s team the lead.

Bohemian’s lead did not last long though as just 15 minutes later Harps found an equaliser from a brilliant strike by midfielder Ryan Connolly, scoring Horgan’s side’s first goal of the season.

The game remained competitive and physical in midfield with both sets of players giving it their all. With 10 minutes to go Omochere nearly got his second of the game but was denied by the crossbar.

Bohs’ number 20 wouldn’t get another chance though as he was sent off in the final minutes of the game after picking up a second yellow card for a foul on Ethan Boyle.

Little else happened after the red card and the teams shared the spoils at Finn Park.

Harps will be happy to have finally played their long awaited first home game of the season and will be back at Finn Park once again in a weeks’ time as the team prepare to take on St Patrick’s Athletic.